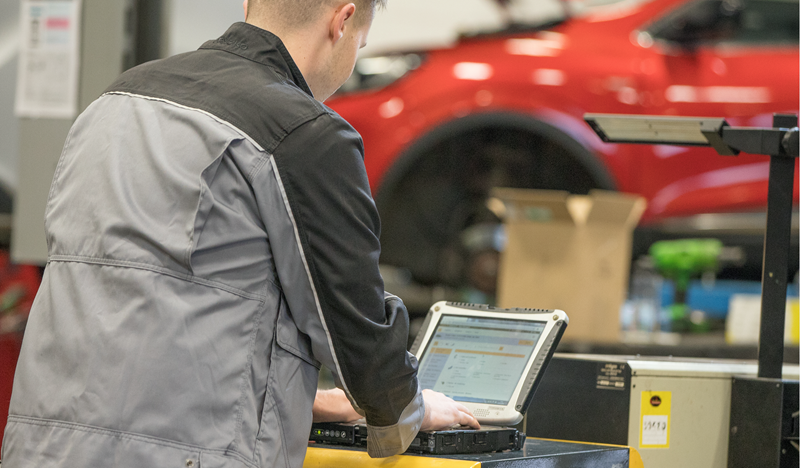 MOT assessors will have another way to keep on top of testing from this month, with the introduction of a UK-wide app.

Announced in December 2020 by the Driver and Vehicle Standards Agency (DVSA), the MOT Testing Systems (MTS) app, which launches in February, aims to offer an alternative for MOT testers to using email or an authentication passcode.

So how will it work?

Setting up the app

On confirming this, users can scan a QR code in MTS and will receive a six-digit code, generated by the app, to enter and begin using it for their daily workload.

Once the app is set up, users only need to ‘authenticate’ once a day, making it easier to access MTS. Then, if changing locations, such as visiting another garage to work, an added security feature means the system will prompt MOT testers to authenticate again.

The MTS app rollout means that the DVSA will stop issuing replacement authentication cards and new security cards in physical form, from mid-February – meaning that if assessors lose or damage a security card, it won’t be replaced.

From MTS users will either log in to MTS through email, or the app.

Chris Price, Head of MOT Policy for the Driver and Vehicle Standards Agency (DVSA), explained the agency’s reasons behind switching authentication from physical cards to an app.

He said: ‘We’re making these changes to improve MTS security and to make the system easier to use. Only having to authenticate once a day using the app or email will make accessing MTS quicker. What’s more, new users won’t have to wait for a card before they can access the service.

‘The system will remember certain details when the authentication takes place. If any of these change, the system prompts users to authenticate again, much like a bank does.

‘When we spoke to MOT testers about the changes, over half of them told us their preferred security method is to use an app.’

For more details on the rollout of the new MTS app in February 2021, read the DVSA blog Matters of Testing here.