Did you know that some of the world’s most famous stars were also a dab hand at driving a truck? We look at the celebrities who are qualified for the long haul… 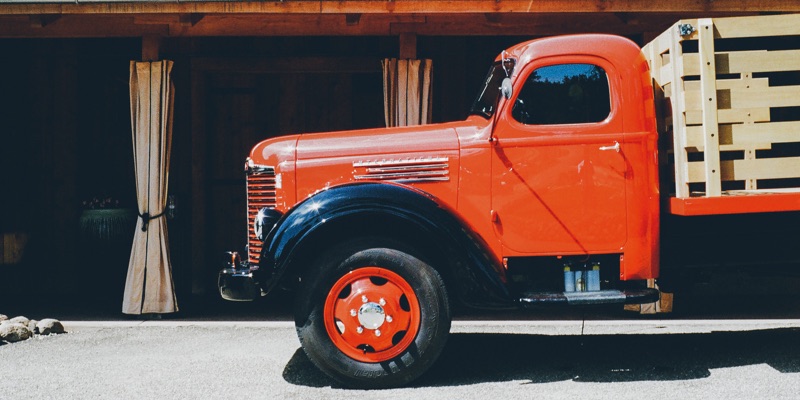 If you’re thinking about upgrading to something a little bigger and getting your heavy goods vehicle licence, perhaps some unlikely truck-driving superstars might inspire you to get started. So who are the world’s most famous HGV VIPs?

The Queen’s granddaughter Zara doesn’t just drive a truck – she drives a 26-ton, 59-foot long, powder blue ‘super lorry.’ Essentially a 5-star horse box, the Oakley Supremacy, as it's known, has enough space for six horses and six people, a double bed, an air-conditioned living room, a bathroom with two sinks and a fully-equipped kitchen with granite worktops. Alongside a rear-view camera, there’s also a live feed in the cabin so she can keep an eye on the horses during the journey.

Sean Connery – A licence to thrill

Following in the footsteps of his truck-driving dad Joseph, young Sean left the Royal Navy and worked for a while as a lorry driver in Scotland. Other jobs included milkman, artist’s model and, believe it or not, coffin polisher. But his love of the open road was echoed in some of his early film roles, including a 1957 British movie called Hell Drivers, where he played (you guessed it) a truck driver.

He was the King of Rock ‘n’ Roll, of course, but before that he worked as a driver for the Crown Electric Company in 1954, making 40 dollars a week. Unfortunately, when he had his first audition for a Memphis club called the Hi Hat, he was told to stick to being a trucker. Elvis liked life on the road, not least because the company he worked for let him cultivate his trademark haircut. But eventually he made his first record (a little ditty called ‘That’s Alright Mama’) and decided to be an international hip-swivelling legend instead.

Comedian Chevy Chase is perhaps best known for being the disaster-prone Clark Griswold in the National Lampoon movies, but despite his character’s inability to do basic things, he’s a safe pair of hands behind the wheel. In fact, he used to drive an 18-wheeler at the beginning of his career, when he worked as delivery driver and as a New York cabbie. Did he drive a Chevy? We’ll never know…

Charles Bronson – Once upon a time in the west

Before legendary tough guy Charles Bronson got his Death Wish, he was Charles Buchinsky, the poor son of Latvian immigrants, who enrolled in the army in 1943 and was assigned as a truck driver in Arizona. He then went on to get the Purple Heart for his service as a gunner in the Air Force, but got behind the wheel again in the 1968 film Mr Majestyk, which included a high-octane chase scene that was used in a Ford advert to demonstrate how tough their pick-up trucks were.

Long before Liam was running around in action movies, searching for his kidnapped daughter, he was an apprentice driving a forklift truck and making deliveries for the Guinness factory. He’s been quoted as saying: ‘Some mornings you wake up and think, ‘gee I look handsome today’. Other days I think, what am I doing in the movies? I wanna go back to Ireland and drive a forklift.’

If you’d like to become famous for your driving skills, why not check out GTG’s range of transport training courses?