We’ve made Craigshill Good Neighbour Network our charity of choice for 2020. 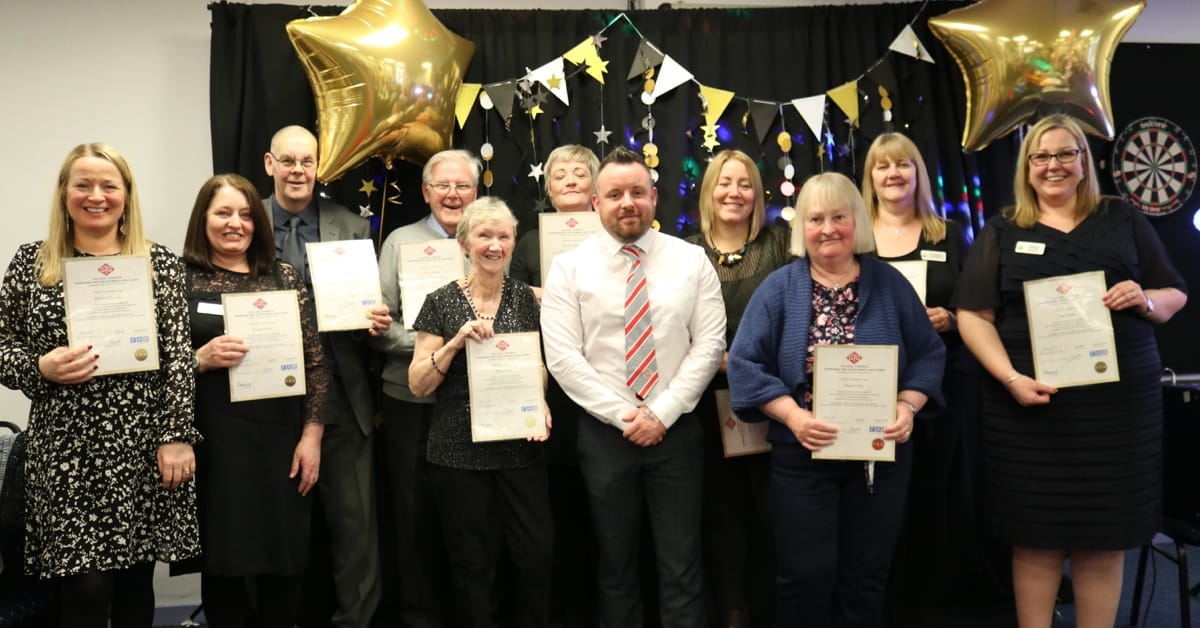 Supporting good causes is par for the course for GTG Edinburgh, and this year we’ve chosen a social inclusion network based in West Lothian as our charity of the year.

Craigshill Good Neighbour Network has been operating for 36 years as a social inclusion organisation – and from a small-scale operation it has grown in size, welcoming the Craigshill community seven days a week.

And now its employees, volunteers and club members have received a further boost with the news our Edinburgh training centre has chosen the centre as its charity of the year in 2020.

Centre Manager Jane Deary, whose husband Willie is an automotive trainer at GTG Edinburgh, said: ‘The aim of the centre is to reduce social isolation and loneliness in the community in Craigshill and further afield.

‘During the past six years we’ve gone from six volunteers to 75, and we welcome more than 200 people to the centre every week across more than a dozen clubs and groups, from a men’s social group on a Friday to our popular Pins and Needles sewing circle, and remembrance events planned throughout the year. It shows there’s a really strong community spirit still very much alive in Craigshill.

‘We’re delighted to have the support of GTG Edinburgh and we’re looking forward to working together to see how we can work with GTG for the coming year.’

Jane delivered moving testimonials at the network’s volunteer recognition afternoon, with centre users talking anonymously of ‘my only hot meal of the week’, and the centre ‘giving me someone to talk to’.

But it’s not just the elderly and those out of work who are important to the centre; young people get a helping hand when they need it, too.

Jane continued: ‘We help young people and those still in school by giving them greater access to foundation courses and work experience. This kind of opportunity will hopefully benefit Craigshill and the wider community.’

GTG Edinburgh played a part in volunteer education, running a Mental Health Awareness course in 2019 to help those using the centre to look out for the mental health of those around them, to help boost attendees’ employment prospects.

Paul Barrett, Account Manager at GTG Edinburgh, who organised the course, said: ‘We learned from my colleague Willie, whose wife manages the centre, that this is something the Craigshill Good Neighbour Network would be interested in.

‘When we suggested the network as our chosen charity for 2020, the testimonials we provided were received very positively by the Group.

‘Going forward, there are some exciting ideas for potentially progressing the partnership between GTG Edinburgh and Craigshill Good Neighbour Network, such as holding First Aid courses, or even running government-funded Vocational Qualifications (VQs) aimed at improving employability among our younger attendees.

Frank Anderson, Chairperson of Craigshill Good Neighbour Network, and a local councillor, said: ‘Since moving to a new site from the local library three years ago the network has thrived. Craigshill is one of the most deprived areas in West Lothian, but the number of people involved in the Good Neighbour Network shows how strong the sense of community is here.’