GTG Glasgow opens its doors to help for COP26 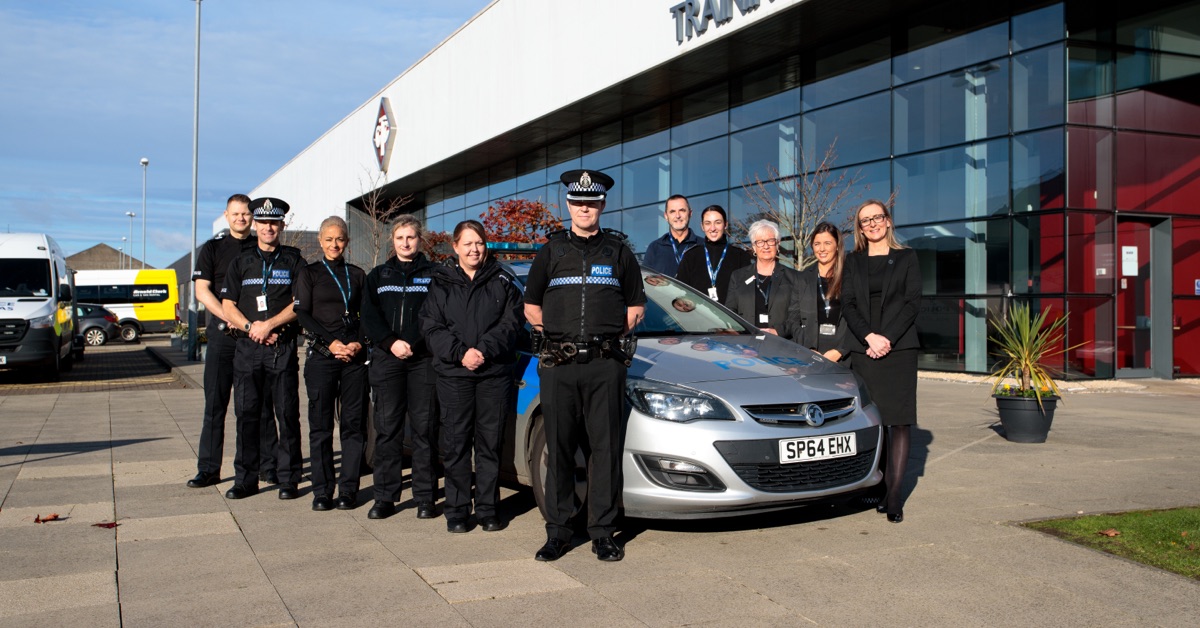 The South Street centre was transformed into a bustling transport hub of another kind as police officers and vehicles from across Scotland and England converged on the building to organise their work, making great use of the provided food and parking spaces for their vehicles. It was also used as a place to rest up between shifts from providing security details for high-profile guests such as heads of state, and keeping public order around the Scottish Event Campus (SEC)-based international climate meeting which was a focus point for several protests.

Tracey McCallum, the GTG centre’s Operations Manager, explained the staff’s pride in contributing, in a small way, to the smooth running of the global climate conference.

Tracey explained: ‘From 23rd October to 15th November, GTG’s doors were open 24 hours a day, which was going to be a real challenge for us and different to our usual business operations. However, because of the delay to the conference caused by the pandemic, we had been planning this kind of support for around 18 months, so we were well-prepared to host Police Scotland and police forces from other areas of the UK during the conference.

‘It wasn’t something we shouted loudly about during the conference, for obvious security reasons, but we hosted 500 officers here at any given time, and over 1,500 of them in total, as they carried out a range of roles: specialist liaison officers working with climate change action groups such as Extinction Rebellion and Insulate Britain; public order officers and protest removal teams, for people putting themselves at risk of harm in the act of protest; police dog handlers and their dogs - who got more attention than their owners! – and officers responsible for maintaining security around heads of state and their accommodation.

‘As well as this, our yard housed 300 police vehicles. So many people hadn’t heard of GTG Glasgow and weren’t aware of the facilities it has, and the services it can offer, so that was great exposure for us.’

Tracey reflected on a demanding, yet fulfilling, time for the centre which has left her and other senior staff ready for the challenge of hosting other large-scale events in the future, saying: ‘We have had recommendations from Police Scotland informing us that they would like to use us again in future.’

Police Scotland lauded the efforts of their hosts, presenting training centre staff with a commemorative plaque recognising their efforts, and Chief Inspector George Campbell expressed his gratitude in a letter to GTG Operations Director Billy Hammond: ‘The policing operation for COP26 is considered the largest and most complex in the history of UK policing.

‘Tracey McCallum and her team were exceptional throughout the operation, assisting us to solve problems, especially during the pre-sessional phase when we did not have exclusive use of the GTG Glasgow site.

‘All my staff have commented on GTG employees’ friendly demeanour and professionalism, and I believe this significantly improved our ability to deploy officers effectively from GTG Glasgow into a very challenging police operation.’

To arrange venue hire for your own event, find out more here