How recycling is helping to transform the automotive industry

We take a look at how recycling waste materials is changing car manufacturing. 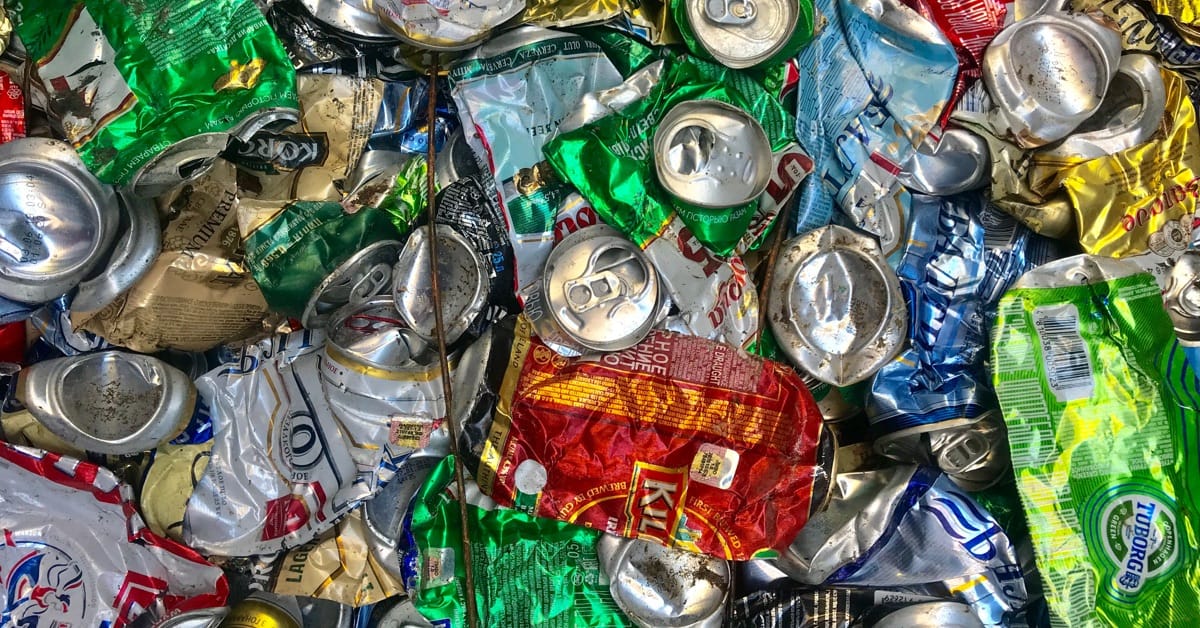 Thought that recycling was just a matter of putting cardboard boxes in the blue wheelie bin? Think again. Recycled waste products are increasingly being used in innovative ways in the car industry – from coffee and chocolate to the humble plastic bottle. We take a look at how recycling is influencing the future of automotive design.

Ford has been using recycled materials in their production process for several years now, and they already make 300 car parts from soy, wheat, hibiscus, rice, jute, coconut and even – believe it or not – agave from Jose Cuervo's tequila production in Mexico.

Now they’ve woken up and smelled the coffee, partnering with McDonalds to turn the ‘chaff’ from the coffee bean roasting process into a material that can be used to make car parts. The chaff can be mixed with plastic to create pellets, which are melted down into a bioplastic. This is then moulded into parts like headlights that can – because they’re so lightweight – increase the efficiency of their cars. But it doesn’t end there. They’re also investigating the recycling possibilities of other McDonald’s byproducts like potato peels and tomato skins. (Other manufacturers are going to have to work hard to… ketchup.)

While single-use plastic is bad for the ocean, when it’s repurposed into essential components that mean cars use less fuel, it seems more like a sustainable solution. Again, Ford has shown technological savvy by recycling over 1.2 billion plastic bottles a year and turning them into a variety of automotive parts including underbody shields, carpets and wheel liners. Jaguar Land Rover is also working with chemical company BASF to trial a manufacturing process using waste plastics to create premium materials which can be coloured and moulded. Strange to think that your lunchtime water bottle might just have a second life of luxury in a Jag.

Not to be outdone, Renault is taking sustainability seriously in the production of their EV, the ZOE. They’ve partnered with small French textile companies to create a unique material made from safety belts, textile scraps and plastic bottles, which they’ve used to upholster the Zen and Intens versions of the new ZOE. Compared to their usual fabric manufacturing process, the carbon footprint is reduced by 60% – it’s all part of Renault’s pledge to cut their global environmental impact by 25% by 2022.

Fuelled by… oil, chocolate and whisky

It’s not just exterior car design that can benefit from the use of recycled materials. Advances in biofuel technology mean that vehicles can run on a variety of products that are normally found in the kitchen cupboard. Back in 2009, a tasty prototype Formula 3 car was created that ran on fuel derived from waste chocolate. And in 2017, the world’s first whisky-powered car was designed, which ran on fuel made from barley kernels called draff, and pot ale, a liquid yeast left over from the fermentation process.

But, when it comes to the future of biofuels, grease is the word. In an attempt to reduce emissions from Formula 1 cars to zero by 2030, biofuels using ingredients derived from used cooking oil will be used, and Shell has even started to use it in aviation fuel.

Be part of the change

The car industry is changing rapidly, and there’s never been a more exciting time to be involved. At GTG, we offer courses from light vehicle maintenance to EV courses, using the latest technology and equipment.

To take the first step or update your skills, have a look at our Automotive courses.