Find out how Paul went from soldier and peacekeeper to sharing his automotive skills at GTG. 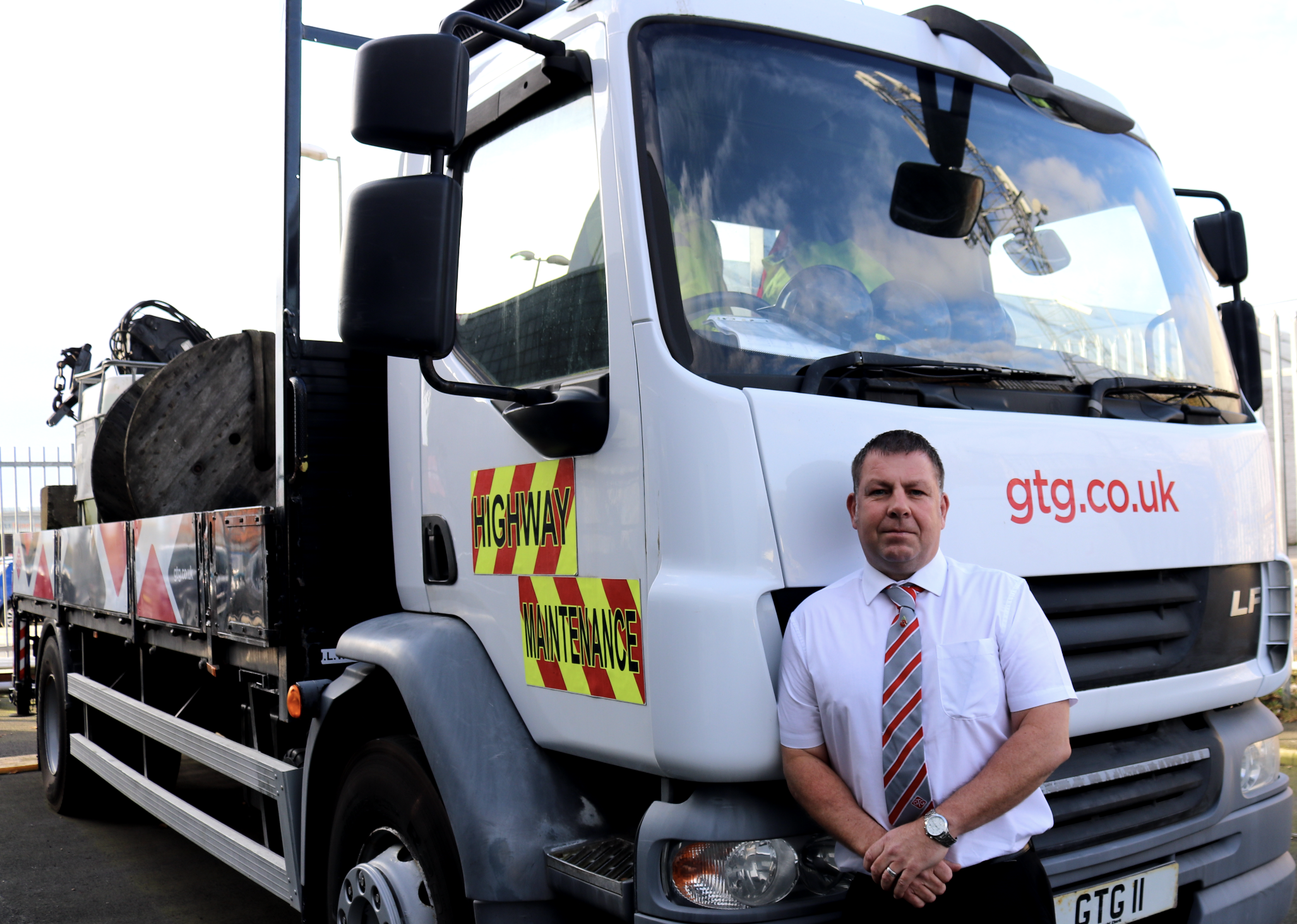 What was your role in the army?

‘I served in the Royal Corps of Transport for 22 years as a driver, a section commander, and in maintenance, helping to run a fleet of vehicles. I worked in a number of environments such as in the Arabian Desert in the First Gulf War, in an operations room in Northern Ireland, worked for two years at the Royal Military Academy at Sandhurst, and even once drove the TV personality Jim Davidson around for a week on a forces comedy tour for the peacekeeping troops in Bosnia.’

What sort of skills and qualifications did you learn there?

‘During and after my service, I’ve completed transport manager training, as well as forklift instruction, IOSH risk assessment training, and a HIAB (for operating lorry-loading cranes) certificate.’

Why did you choose GTG to retrain?

‘When I left the army I had job offers in far-flung places like Iraq and Iran, but I did my homework and found GTG who have great instructors.’

‘I’ve worked here for ten years and I’m quite content in my role. What I enjoy most is taking a candidate from scratch and helping them get a qualification – it gives you a real buzz.’

What’s the biggest difference between military and civilian environments?

‘A big difference is that in the forces you are doing a job, you keep going until the finish. In ‘Civvy Street’, it’s often a case of, “we’ll do it tomorrow”, but that’s just a different way of working. In the forces, you could be setting up for exercises, working until everything’s done, or overseas for a three-month period, so there are no Saturdays and Sundays in those situations. Having the weekends off now means you can plan things ­– a weekend off for me feels like a holiday!’

What would your advice be to ex-service personnel entering civilian work?

‘I would say to ex-service personnel not to sell themselves short. They’ll have learned so many skills, that could lead to much more than just HGV driving. The army takes them out of their comfort zone but they need to learn skills and think about all the options being in the armed forces can open up for them.’

GTG offers a range of MOD-approved courses through ELCAS. To find out more, please contact Heather McNeill, GTG Glasgow Resettlement Coordinator, on 0141 950 5621 or by emailing Heather.McNeill@gtg.co.uk