Star apprentice Harry hopes to show his skills to the world

We spoke to Harry Chaundy, GTG Apprentice of the Year, as he prepares to compete in World Skills UK from the 21st – 23rd November. 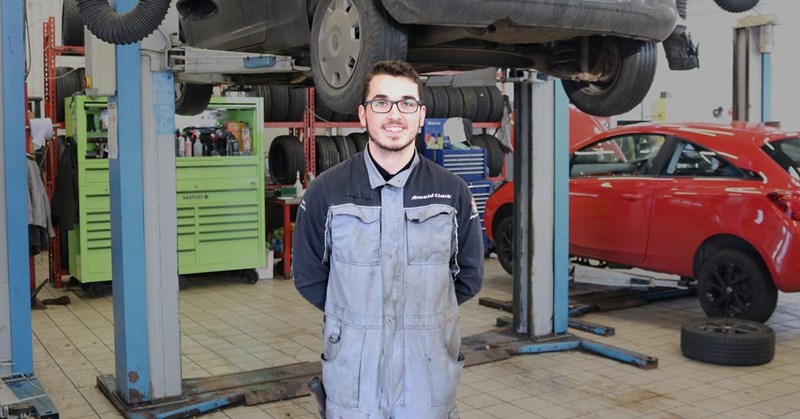 Harry Chaundy is GTG’s Apprentice of the Year for 2019. Now he’s getting ready to show his skills on a national stage later this week, when he’ll compete at the World Skills UK event at the NEC in Birmingham.

Harry, who works at Stirling Vauxhall, has just completed his apprenticeship as a Level 3 Vehicle Technician, and is gearing up to put his car repair skills to the test after a couple of tough rounds of competition. But his workshop journey all started through a spell of work experience.

Harry explained: ‘I started my apprenticeship when I was offered the job after doing work experience here. It’s been a big learning curve but my mentors both in the branch and at GTG have been an amazing help, and have so much knowledge, with all the answers to your questions.’

Set to show off his automotive skills on a national level, Harry qualified for Birmingham by winning the Scottish heat of the Auto Tech IMI Skills Championships at GTG Glasgow – and he can’t wait to make the step up to the UK competition.

He explained: ‘World Skills allows people in a wide range of professions to show off their skills and be recognised for their work.

‘I got involved after I was nominated to compete in the Scotland-based auto skills event, and winning that put me forward to the regional competition at the Toyota-Lexus academy. On the day I got the highest points and that got me through to Auto Skills UK in Birmingham. I feel that’s given me the experience to take part in this kind of competition.

‘I’m obviously a little nervous, but it’s really exciting to be taking part.’

Harry faces three days of competition from Thursday 21st – Saturday 23rd November, against five other competitors in the Automotive Technology category. They'll be taking on tasks on a points-based marking scheme, in areas such as wheel alignment, engine mechanical, engine electrical, body electrical, and diagnostics.

Harry explained how his day-to-day work in the Stirling Vauxhall branch, and apprenticeship learning at GTG, allowed him to sharpen his skills.

He said: ‘Everything I’ve learned in this field has been through working in the branch, and training at GTG.’

There’s a huge incentive on offer for World Skills UK category winners – a chance to compete at the World Skills global event in Shanghai.

Harry said: ‘To go to Shanghai would be just amazing. I’m over the moon at this stage, as it’s great to be in the top six in the UK, but to go beyond that and get to the world event in Shanghai would be incredible. Just to be recognised for your skills is brilliant.’

And looking beyond World Skills to the next steps in his Arnold Clark career, Harry added: ‘My next steps are to do hybrid training, and Master Technician training, so these are definitely things to look forward to.’

Find out more about apprenticeships at GTG