Thomas is a fighter with a cause

Juggling a full-time job at GTG with months of training saw Thomas Palmer raise a four-figure sum through boxing. 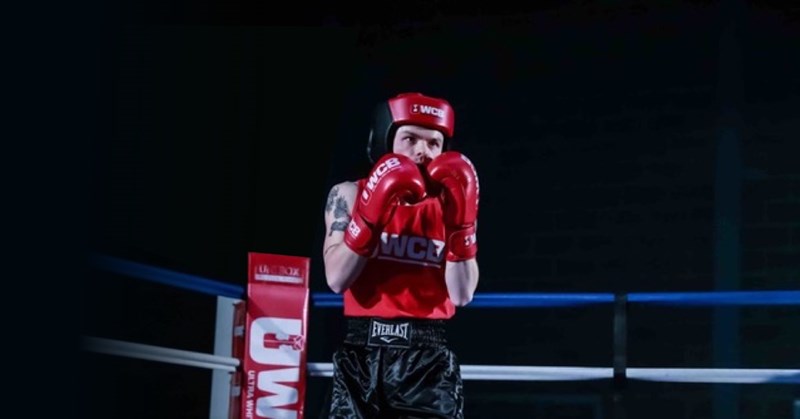 As well as working full-time as a Facilities and Events Coordinator at GTG West Midlands, Thomas Palmer has gone through a gruelling 12-week training programme to compete in a charity boxing match – and it looks like his hard work has paid off.

So far, Thomas has managed to raise £1,440 for Cancer Research UK and he’s pleased as punch!

He began his training at the start of October, with the aim of competing in an Ultimate White Collar Boxing event, a series of UK-wide events which have raised almost £20 million for Cancer Research since 2009.

Thomas explained: ‘The training sessions were incredibly difficult, excruciating even, and they made the past few months an absolute slog given the physical nature of my job. I average roughly 15,000 to 22,000 steps a day at work, and that got even tougher with sore legs! Plus, the mental side as well as physical aspect of boxing became a challenge, because it felt extremely tough being by far the smallest male in the competing group. I felt I had to push and prove myself to gain the respect of my peers.’

And while Thomas was eventually defeated in the fight, he was really proud to have raised a significant sum for charity.

Thomas said: ‘I was really happy with the fundraising push. The support all round has been astounding and I’m very lucky. I would like to thank Arnold Clark, too, for their match-funding support.’

Thomas also commented that his role at GTG gave him the flexibility to train, unlike his previous job in the hospitality industry.

‘I made the switch from working at all hours, to working at GTG West Midlands. My role allows me to push myself to my absolute limit outside of work, and I’m extremely grateful for that.’

The experience of taking part in a boxing match and seeing his family and friends watching from the stands has left Thomas hoping for a rematch.

He added: ‘It was amazing being in the ring, and I plan to do it again. Hopefully I’ll learn from my mistakes and bring home a win!’

If you’d like to help Thomas raise more for Cancer Research UK, you can leave a donation on his Just Giving page.